Exploring the history of Sunny Cyprus in winter

Winter in Cyprus is often the best time to go if you want to make the most of your holiday. With a warm day in December reaching 17℃ inland and 19℃ on the coast, you're almost certainly guaranteed winter sun while most of Europe are digging out their winter coats. While technically the off-season, you don't have to worry about the island's cities transforming into ghost towns as the locals will be out and about enjoying the lack of tourist crowds and the shorter queues.

Cyprus was long considered a strategic position in the East Mediterranean, making it a long sought after patch of land. It saw waves of invaders and colonisers, each one leaving behind a historical and cultural footprint. Today you can rest easy without having to look over your shoulder for a passing band of Byzantine footsoldiers, but after staying in one of our villas and basking in the rejuvenating winter sun, you may find yourself eyeing up a patch of land for yourself!

Is Cyprus warm in the winter?

Yes! Or at least, we seem to think so.

Compared to the UK and most of Europe, Cypriot winters are mild and relatively dry, meaning you can pack light on your trip and with temperatures capable of exceeding 20℃, you'll probably even need to bring sun cream for your winter sun holiday.

If you're feeling aquatic, you'll be glad to know the sea stays warm all year round and doesn't dip below 17℃. However, if you're looking for something a little warmer, our selection of villas featuring heated pools can guarantee an enjoyable dip, no matter the season.

What to do in Cyprus in the winter?

While summer can reach a scorching 35℃, Cyprus' winter weather means you can get around the island without having to be on the constant lookout for a shady spot to rest. Hiking, something which would border on the unbearable in August, comes into its own in the cooler months, and with plenty of historical sites, you won't have trouble finding something to do, whether on foot or by car.

Hike to the top of St. Hilarion Castle

Sat on the northern coast, St. Hilarion Castle is an 11th-century fortification built by crusaders to aid in the defence against Arabian pirates. Today it's the best-preserved of three original strongholds, and while it might not offer much in the way of protection, it can certainly offer those who decide to climb to the top some exquisite views. If you find yourself visiting St. Hilarion Castle on a clear day, there's a good chance you can see the Turkish mainland - spotting your holiday villa, however, might prove a little more tricky.

The long finger-like stretch of land in the North East of Cyprus, pointing towards Turkey, the Karpas Peninsula is one of Cyprus' most unspoilt sections, making it ideal for catching up on some winter sun. However, this beautiful patch of the island has its fair share of historical and noteworthy sites dotted around. Some highlights include the Apostolos Andreas Monastery, where the Emperor of Cyprus surrendered to Richard the Lionheart, the much fought after Kantara Castle and the ancient town of Karpasia.

Walk along the Venitian walls

Not all the history in Cyprus revolved around the Crusades, Ancient Greeks and Phonecians; the Republic of Venice once ruled over the island, bringing their Renaissance ideas and practices with them. The biggest and maybe most well-preserved example of this is the city walls surrounding Cyprus' capital Nicosia. As fascinating as they are grand, today you can walk along the walls, enjoying the gardens that have replaced the moat.

What to see in Cyprus in the winter?

One of the perks of visiting Cyprus in the winter months, besides the hard sought sunshine, is the lack of crowds, making visiting the popular tourist attractions much more manageable, quicker, and potentially cheaper. While you may have had to retreat to your villa for a spot of peace and quiet in the summer, it can be found elsewhere around the island during the winter months. The lack of queues make visiting Cyprus' historical sites a lot easier and a lot less stressful; here are a selection of our favourites that we'd recommend seeing.

Now an archaeological site, the former city-state of Kourion has an impressive history. Passing through the hands of almost every ancient empire you could find sailing around the Mediterranean; there remains an astounding number of classical buildings for visitors to see. From the Greco-Roman Amphitheatre to the remains of the Sanctuary of Apollo Hylates, walking amongst these ruins with the winter sun on your face is more than enough to transport you back in time.

The archaeological site of Salamis

Another archaeological destination of profound importance is the site of Salamis. With its own set of extensive ruins, there are more columns here than your typical broadsheet! The former city is perhaps most famous for being the location of several battles, both on land and at sea. In its time, Salami has seen Athenian and Persian soldiers fight, it's seen Alexander the Great hold a naval battle against the Egyptians, and conversely, it saw Paul the Apostle on what's known as the First Missionary Journey. Now we think it's time you saw Salami.

On the South West coast of Cyprus, a short distance from the UNESCO World Heritage city of Paphos, the Tomb of Kings is a large necropolis dating back to the 4th century BC. Carved straight into the rock, this majestic and, at times, surprisingly ornate archaeological site is a must-see for anyone interested in history, ancient architecture or any budding Indiana Jones'.

Ways to make the most of Cyprus' winter weather

Like an archaeologist on their first day on the job, we've barely scratched the surface regarding activities in Cyprus. We think our villas are the perfect base to rest up and plan what to see before heading out to explore this fantastic island. Providing comfortable surroundings with a personal touch to guarantee you'll look forward to returning home just as much as you will heading out.

Contact us here to find out more about booking your next villa. 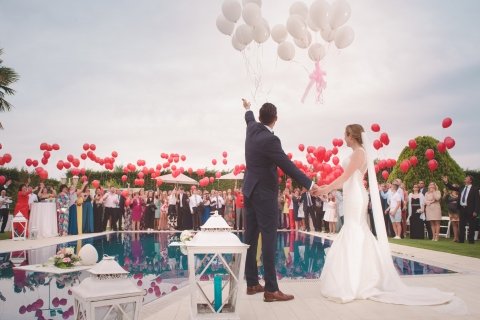 Weddings in Greece: Our top 4 destinations for 2022 couples!

Weddings in Greece: Our top 4 destinations for 2022 couples!

Every wedding is a special occasion, bringing together two people and their closest friends and family, so what better… 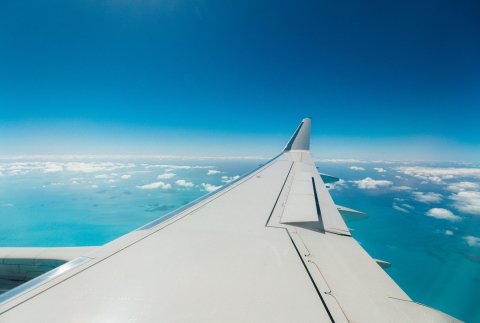 Getting to grips with travel rules from the UK

Getting to grips with travels rules from the UK

As we start planning our holidays once more, it can be tricky to get your head around what the rules are and how to prepare… 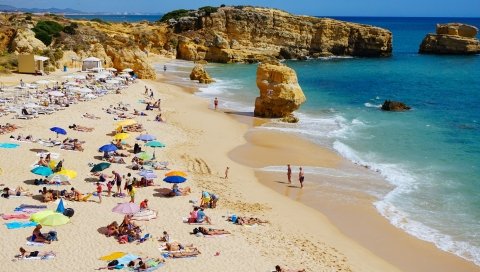 4 family friendly things to do in the Algarve this winter

4 family friendly things to do in the Algarve this winter

Sat at the very bottom of the country, stretching from the mouth of the Mediterranean to Spain's Andalucia, the Algarve is one of the…